Mechanical Delinting requires more energy than Acid Delinting and is not as complete. Each seed will show some lint remnants at each end of the oval shaped seed. Due to the abrasive action of the brushes, care must be taken to prevent overheating the seed and/or damaging the seed coat.

Mechanical Brush Delinting does not use any chemicals and can produce a small quantity of useable low grade lint as a by-product.

Mechanical Delinting for planting seed is performed in an L.T. Kincer Co. patented KINCO Brush Delinter. While the production rates are significantly lower than Acid Delinting, the residual lint is not destroyed in the process. Delinting occurs as the fuzzy seed is scrubbed through the interior of a perforated screen cylinder. The scrubbing action of the interior brushes rubs the seed across the perforations allowing the airflow to remove the lint from the machine. 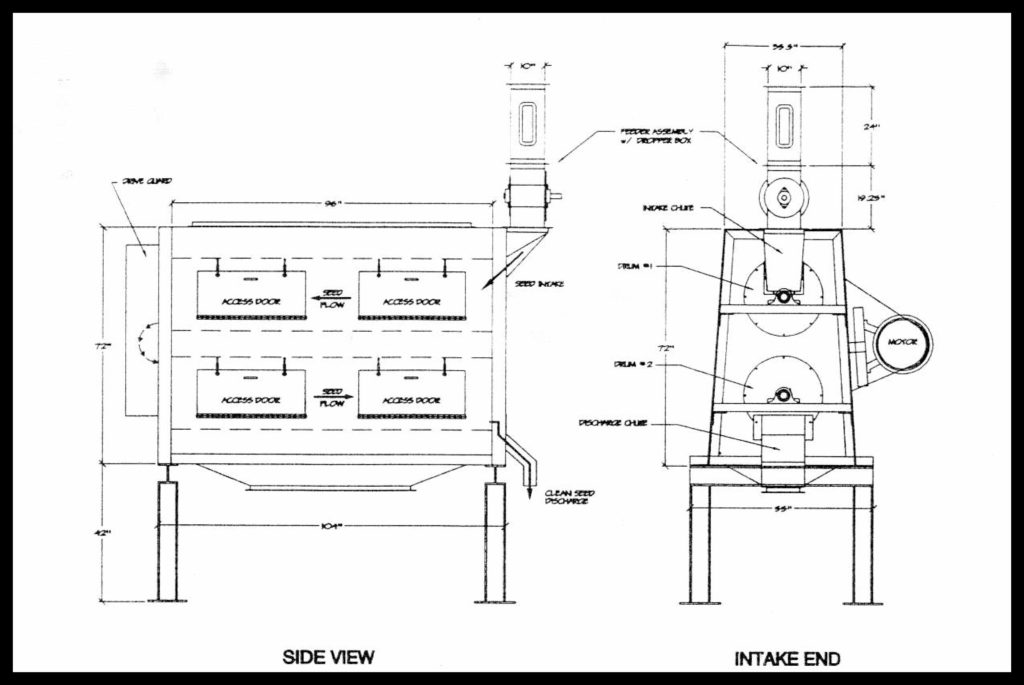